Wink Hub Vs Wink Hub 2: Clash Of The Hubs

Are you new to home automation? You’ve probably heard of Wink while you’ve been doing some research. But, who will come out on top in Wink hub vs wink hub 2? 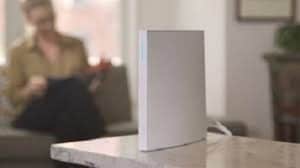 It was the first one to be released, but how does it fair up compared to the new and improved version? 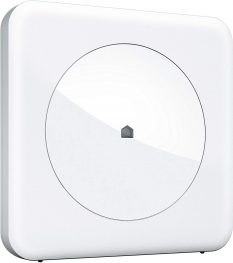 The 1st Gen left little to be desired, but has the the newer model made up for there mistakes? 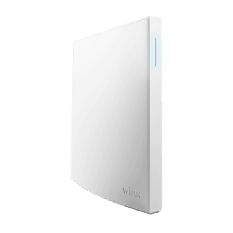 The original wink hub comes in a slim white design, which is about the size of a book.

The Sleek hub can lay flat on a surface or upright, giving you more options when it comes to storage.

The dimensions of the smart hub are 8″ x 8″ x 3″, which is slightly larger than the second Gen unit.

The hub was designed to communicate between various smart devices and operate under one App.

The Wink App is free to use and allows you to take control and add multiple functions to your smart devices.

Setting up the device is easy, and this comes down to the simplicity of the design.

Wink claims to be compatible with multiple protocols, which include: WiFi, Bluetooth, Z-Wave, Zigbee, Lutron Clear Connect, and more.

This is excellent news if you already have numerous smart devices, but it’s still worth checking your devices are compatible.

To process the information, the smart hub uses a 64 MB RAM, which, compared to other smart hubs, is very low. It connects to the WiFi using a 2.4 GHz connection, which isn’t the fastest.

This is usually the spot where I show you all the lovely things people said about the product. Unfortunately, I can’t do this for Wink 1. People were not happy with how it worked; it was a nightmare to connect to and riddled with security issues.

Connecting through to customer service was near impossible, which made it hard to find solutions to your problems. It was also very slow to perform actions and lost connections regularly. Overall, people just weren’t happy, and can you blame them?

I fully understand that new products will have a few teething problems. I mean, nothing is perfect. The problem is Wink took the piss; it generally didn’t work half the time. And when it did, the processor was to slow to perform the actions in a reasonable time.

It feels like they rushed the product and took very little care in the end product, which is a real shame for a company that showed so much potential.

Wink decided to stick with their pure white design, but with a few subtle differences. For one, the smart hub self-standing.

The dimensions also changed a little; the 2nd Gen Wink Hub now stands at 7.25″x 7.25″ x 1.25″, which as you can see is slightly smaller than the original version.

And just like the 1st Gen unit, it was designed to be compatible with most smart devices, including cameras, doorbells, lighting, locks, and much more.

Controlling the smart devices is made easy using their free App, which allows you to connect to your smart home from anywhere in the world.

The smart hub is compatible with multiple protocols to give you more freedom when it comes to picking new smart devices.

The protocols include Z-wave, Zigbee, Lutron Clear Connect, Bluetooth LE, and WiFi. But, unlike the 1st Gen, the Wink Hub 2 comes with an Ethernet port at the rear to support wired connection.

The Wink Hub 2 comes with a 512 MB Ram, meaning actions are performed quicker than the original. You’ll also notice The 2nd gen wink hub can connect to Amazon Alexa. If you want to add some complicated recipes, it can be used with IFTTT and stringify.

They also found that they received fewer disconnection issues when you compared it to their previous model. The also loved the one-touch connection method; it saved so much time trying to connect them manually.

The Wink hub uses a simple design, and fantastic easy to install feature. It really is excellent for newbies, or for the home automation veteran. Since the release of the 1st gen was such a flop, Wink Hub 2 has seen several upgrades. Most importantly, the security has been drastically improved.

The one-touch connection worked fantastically, allowing you to connect all your devices with the touch of a single button. And finally, the App was excellent; the usability and navigation are unrivaled.

Things They Have In Common

Due to both devices being made by the same company, you can expect them to be similar.

Luckily for Wink they did make some important changes, but that’s for another section.

Let’s start with design; they may have a different look, but to a certain extent they’re both very similar. 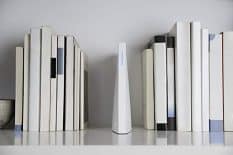 To start, they’re both made with a a pristine white finish.

And on top of that they’re both very similar in size, although the Wink hub 2 is slightly thinner. Both also use an LED warning system that glows blue if everything is running ok.

It doesn’t stop their either they can also accept the same protocols. Which means if you’re upgrading from the first gen unit you don’t have to worry about devices not working.

Lastly is the setup, again because both devices are made by the same manufacture the installation process is nearly identical.

Let’s be honest by now you probably already know which Wink Hub you should choose (it’s the Wink Hub 2), but just in case you need it confirming; this is the point we put the Wink Hub Vs Wink Hub 2 to the test:

Both models come in a pristine white, and a blue LED warning light a the front of the device which provides a dim glow in the darkness. When you compare them together, you’ll notice the Wink Hub 2 comes a little smaller with its slender design.

One difference you’ll notice in design is the addition of an Ethernet cable, which is a welcome addition if you’re looking for quicker response times. Both hubs are styled nicely, so you shouldn’t have any issues finding a spot for them. But for me, the Wink Hub 2 has a more delicate design.

This is by far the most significant difference between the machines. The Wink Hub 2 has 512 MB memory, which is around 8x more powerful than the original 64 MB that came with the 1st Gen Wink Hub. After running tests, people found this equated to actions being performed 5x quicker.

Obviously, after reading those stats alone, there’s one winner; The 2nd Gen Wink.

If I’m perfectly honest, there’s not much difference, mainly because the same company makes them. Both home hubs can be connected to Zigbee, Z-wave, Lutron Clear Connect, and more. They can also accept Bluetooth and WiFi. The one slight difference is the Wink Hub 2 uses a LE (Low Energy) Bluetooth instead.

Like I said there isn’t much difference, but if you had to be really picky, then the LE Bluetooth would be slightly more appealing.

Again because of both devices being made by the same manufacturer, installation is nearly identical. The significant difference was the addition of auto-discovery, which was a welcome addition. It allowed you to connect to new or existing devices quickly.

This is the main reason the Wink Hub 2 wins this round; it enhanced connectivity between the smart devices.

No competition here, the original Wink had a pretty compromising security system. As you may have expected, Wink stepped up to provide enhanced protection. It now comes with cryptographic verification to ensure no one can tamper with the product.

As you may have guessed already, the Wink Hub 2 is the winner for quite a few reasons.

For one, The Wink Hub 2 really stepped up their game in the security section.

Another huge difference was the more in RAM; it was almost eight times more powerful than the original. This leads to faster reaction speeds to the actions you required.

Overall it worked really well and severely outperformed the original Wink. Which they really needed to do if they wanted to catch up to SmartThings.

Is Wink Going Out Of Business?

It’s not looking too good for Wink at the moment; the company was previously owned by Quirky, who became bankrupt. Eventually, it was bought by Will.i.am’s digital company i .am+, but more recently, Digital Trends reported that stocks of the Wink hub had been running low for a few months now.

And there was more, Wink has released no updates since 2017, which to many people seemed very strange. Digital Trends also reported that i.am+ are said to owe $1,787,726.11 in taxes and interest. As yet there is no news of them going out of business, but at the moment it doesn’t look too good for them.

Should I Upgrade To Wink Hub?

In my opinion, yes, security is an essential factor when it comes to smart homes, and due to the original Wink having a few security issues, it’s probably time to upgrade. And with the faster RAM, you won’t be waiting as long for the actions to take place.

The best thing about upgrading is, it doesn’t take that long, and you don’t have to accept each device manually.

Why Is My Wink Hub Blinking Blue?

The LED light at the front of the machine gives the user indications of how the hub is working. If your hub is blinking blue, it means it’s trying to connect to a new/disconnected device. For the full troubleshooting guide, check out this page.